Children are the future

In 1987 Franklin’s wife, Kathy, traveled to Guatemala and learned about Icthus.

Kathy saw the kids living in the city dump searching for food in the garbage.  She also noticed armed guards all over and realized how dangerous it was there.  She was ready to help with Icthus.

Franklin identified with the poor kids Kathy saw in Guatemala, “I grew up poor.  Even though being poor in the US is not the same as being poor in Latin America, having some butter on my bread was a big deal for me,”  Franklin said.

The difference between Franklin in the US, and a poor kid in Latin America, is the opportunity to build a future. 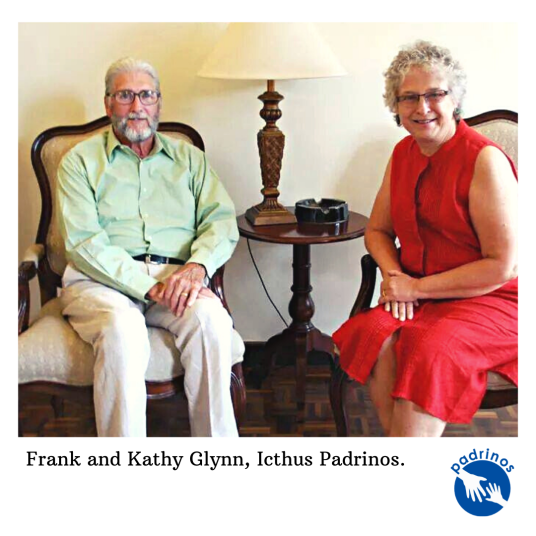 Today Franklin is a retired elementary teacher.  He says “Icthus is a life-changing opportunity for a child growing up in poverty.” Icthus can help a child to build a future.

Children are the future of families, churches, and communities.  Thanks to Icthus amigos, like Franklin and Kathy, and you, children in poor barrios are becoming Christian leaders, and their future looks promising!